We are cognizant that each one driver and teams are high-level F1 professionals, but what is it that separates the true champions from the mediocre ones? The F1 World Championship wins, of course.

Clearly, there are many contested F1 championships: 1994, 1999, 2007, 2008, and this years’ rival between Lewis Hamilton and Max Verstappen for the F1 World Championship winner. It has been a long while since we’ve had such dramatic F1 races that are actually decided within the last few laps. And now everybody is wondering: can we go back to the Red Bull era and are we through with the hegemony of the first-ever black F1 world champion sir Lewis Hamilton.

Over decades within the sport, teams like Ferrari, McLaren, and Williams have broken Formula 1 records with consistently quick cars and the fastest drivers. In fact, there are certain drivers that constantly break personal Formula 1 records, either with having most F1 world championship wins or for instance most pole positions within the stats.

And although many believe that in recent years 60% of the drivers on the F1 grid would be champions if they drove a Mercedes car. We all know that F1 world champions like Lewis Hamilton and Michael Schumacher are a different breed and possess something magical.

Michael Schumacher and Lewis Hamilton top many F1 tables – and somehow it is inconceivable to form a comparison between the two.

As of the 2021 season, F1 world champions Lewis Hamilton and Michael Schumacher are tied with seven titles apiece. Although the surprise that Lewis didn’t quit early in the season is huge because many thought he shouldn’t have trampled on Schumi’s record.

The German also known as the Red Baron was dominant at the turn of the century, winning five titles on the bounce from 2000 with Scuderia Ferrari. And these were only a humble addition to his double world championships with Benetton in the ’90s. A record truly unshakable. But the dominance of Lewis Hamilton and Mercedes in the hybrid era has turned the motorsport world upside down.

The Brit replaced Schumacher at Mercedes following his retirement at the end of 2012. Since then, Hamilton has only failed to win the championship twice: in his first season at Mercedes in 2013 and in 2016, when he lost out to teammate Nico Rosberg. Those six titles, alongside his first championship win in his second season with McLaren, make him the foremost successful driver in history. Complementing his name to that of Schumacher as the two of the F1 world champions.

Juan Manuel Fangio’s record of five titles in the 1950s has stood the test of time. The first great driver of the Formula 1 era’s record stood until 2003 when Schumacher won his sixth title. The great Alain Prost has four titles. As well as Sebastian Vettel, whose absolute domination with Red Bull in the early 2010s, brought his 4 titles in the battle of the greatest F1 world champions.

If you are striving for more interesting F1 info and stats, get 70 Years of Formula 1 Encyclopedia, where you can find numerous pages about F1 history, teams, drivers, everything.

The great duels: Senna vs Prost 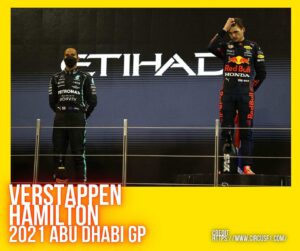 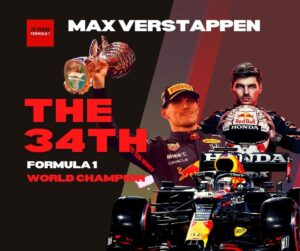 get a free preview now